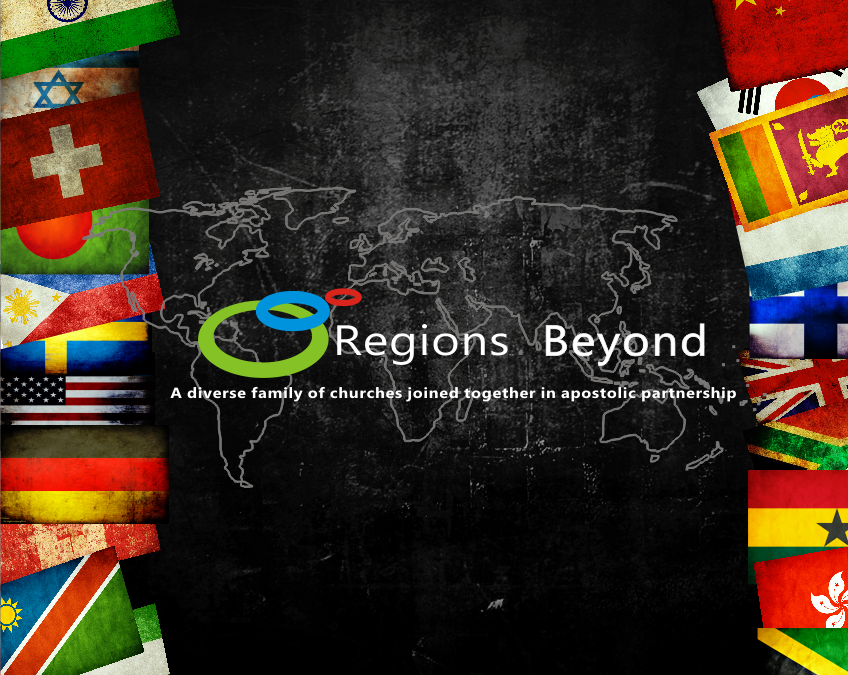 Regions Beyond is a diverse family of churches joined together in apostolic partnership .

RegionsBeyond is a part of what has been known as Newfonrtiers Intl which was led by Terry Virgo.  Newforntiers was a worldwide family of Churches joined together in relationships and a common vision.  When Terry Virgo retired he did not appoint a successor bu recognized and released 17 other men who were apostolic in their own right.These men were already overseeing many churches. One such sphere, as we call it, is RegionsBeyond led by Steve Oliver.

These spheres do not cut into neat wedges along geographical lines, rather they crisscross the globe where there are bonds of relationship. So one nation may have the presence of more than one sphere. This was Terry’s vision.

What an exciting time we are living in! God is bringing churches across the nations to accomplish more together than we can on our own. Regions Beyond is a growing family of churches, supporting and encouraging one another, sharing resources, and creating opportunities for leadership development and ministry.
RegionsBeyond is led by Steve Oliver along with a forming nucleus of passionate men and women who in their godly wisdom and fervor are shaping the movement to be one that makes disciples that plant churches that disciple people well.
We also gather regularly in different contexts, to worship God, share the vision, train leaders, and equip everyone in the use of spiritual gifts.
Here we are making an attempt to blog and document these foundational messages that spell out the vision and values of RegionsBeyond. As you read/listen to them may it start a fire in and through you.
To know more about who we are and our vision you can read some of the blogs that help to define that.READ MORE

Go to Regions Beyond