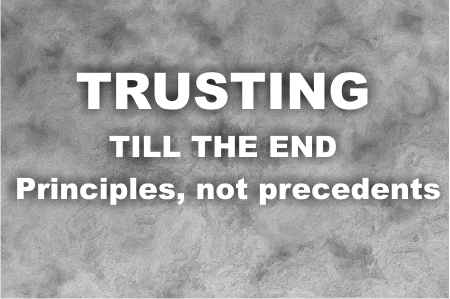 We are called to trust God at all times. Life is a journey- many start well and half way end up badly. This is the story of many kings. Asa faced the fate. Asa ruled Judah and listed among the 5 good kings. But something went wrong. His name means “healer”. The opening statement was that Asa did right in the eyes of the Lord.

In verse 16: 8, which is the signing off statement it says, in this you have done foolishly. We are called to trust God and run the race well. God is displeased when we fail to trust him.How can a good king like Asa fail?

** Please forgive us for the low quality audio file.