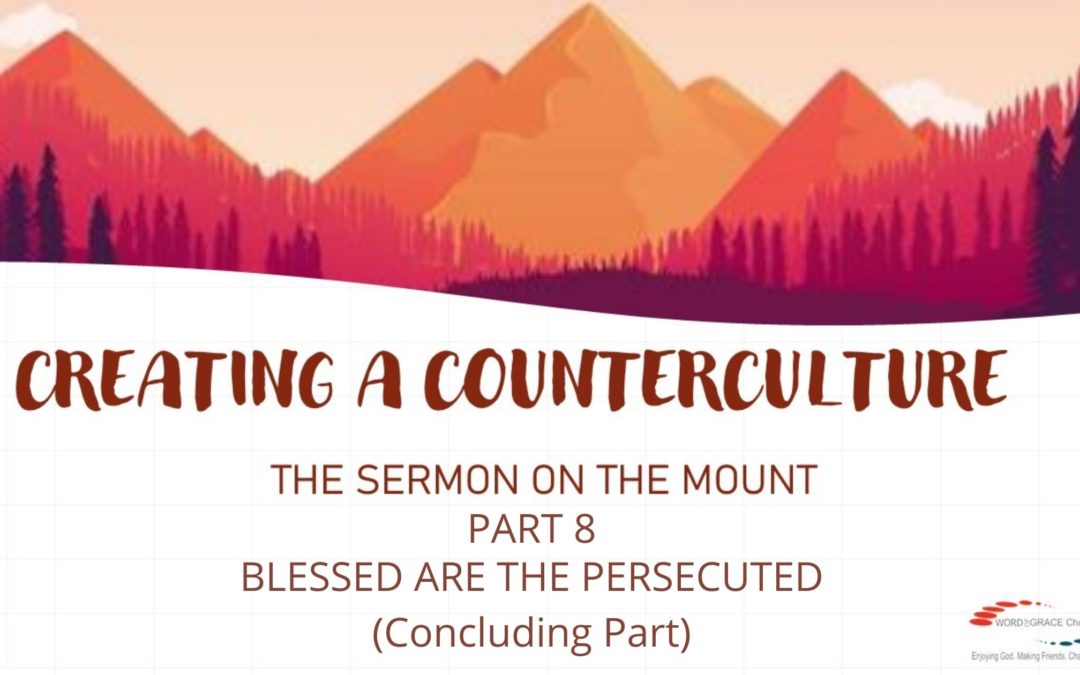 Jesus ushered in a new Kingdom of which John the Baptist announced saying “Repent, for the kingdom of God is at hand”. Jesus came to establish an upside-down kingdom, a counter-culture; The character of its people was described in the Sermon on the mount. This is part 8  and the concluding part in a series on Creating a Counterculture: Blessed are the Persecuted

Listen to the Audio Listen here